So, I’ve been keeping up on this much better on the forums, but I figured it warranted an update here too!!

I LOVE THIS DRAGON.

So, this was the update from last night, I lined his scales with a contrast color and added some clear yellow to make the lines down the scales pop more…

And I loved the colors. So then tonight I got my new camera!!!!

The Hubs bought me a Canon Rebel T5 for getting my bronzes! So, these pictures are significantly better.

I started the blending on the tail since I decided that it was his lure for fishies. Then I worked on the wider scales and tried to get some cool striations. I worked hard to make sure the places that wouldn’t be as bright didn’t have the highest highlights like the scales on the top. Hope that translated. Then I started on the bone pieces, I’m going to wash them a few more times, hit them with a highlight and call them done. I don’t want them to be too busy and compete with my hard-earned scales! 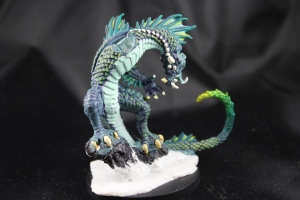 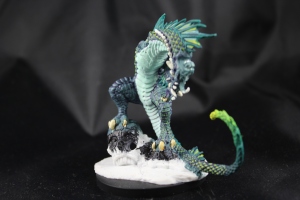 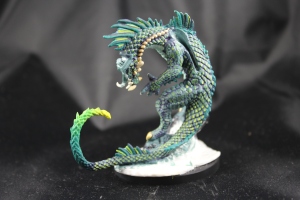 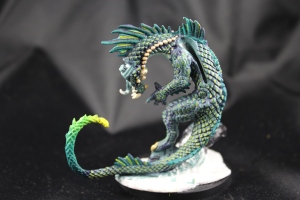 Look how pretty those pictures are! And so clear!!!! That’s the new lightbox that I built, and the new camera. My new backdrops are on their way, but even without them, it’s so much better!!!

I’ve got some more blending to do on that tail, and I think I’m going to throw a couple of scales on that first transition to kind of disguise it once I’m done.

Hope y’all are enjoying this, I sure am!!!