I really can’t tell you how much fun it was. We met new people, we bought bones, we tried to get tetanus from the melt bin, we won auctions, we bough paint,  we played D&D, we stayed up too late drinking, we bought more paint, I took classes… Just so much to fit into 5 days!

And, I won 2 bronze medals! I was so nervous since I’ve never had to live with anyone’s critique other than ours.  🙂 But between my classes and the critique I got, I have learned soo so much!

Let me just post some pictures now… I just loved everything! Presented in no particular order…

These were our Survival Speedpainted minis. We had some ‘judges’ that hassled, heckled, and tried their darndest to distract us while we painted for 45 minutes. And I mean, they did great. They took our palettes, our brushes, our chairs.

These are the 5 great survivors. 🙂

We all pitched in Reaperbucks during the auction to win this fantastic dragon so Corporea could paint it. We ended up winning it with $5700 reaperbucks!! 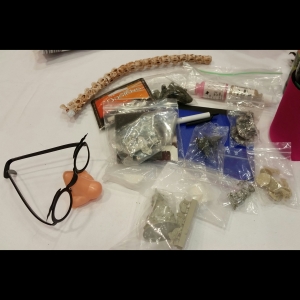 This is my swag from the box of goodwill. We ended up doing all kinds of cross-pollinating, we had 3 different boxes there! It was great!

Scale shot for the giant dragon.

The legendary color. I thought they were joking with me when they told me to ask Anne about this color. 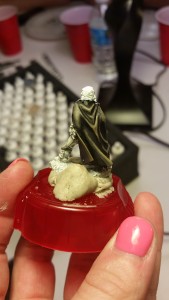 This is the mini from my black and white with Noel Meyer class! It was pretty fantastic! 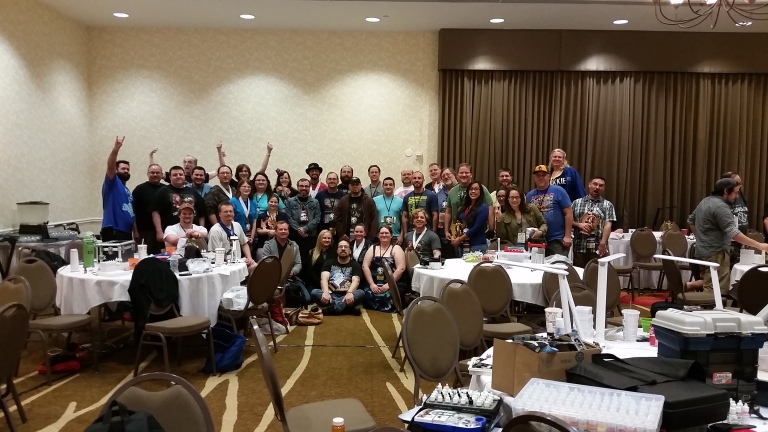 I paint like a princess. That’s why I bring all my own stuff. 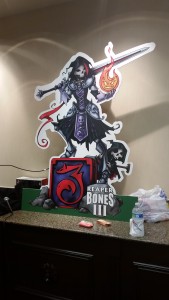 It’s happening!!!!! We were so excited! But we didn’t know we were going to get a…

These ‘teas’ at Logan’s steakhouse don’t mess around.

More pieces of the dragon!

What I’m working on now.

Overall, it was a fantastic success!! We can’t wait to go back next year, and maybe take the Midget!!