I have 2 weeks off of school and work. So my plans include playing with the cutest baby ever and painting!

I started on this guy yesterday, he’s the reason my hand was airbrushed. I was not up to painting that basecoat with my brushes. Lol

so, red liner for our first base coat. Then I started thinking about how I wanted him painted. Obviously, purple and yellow are the classic colors. I knew I wanted to do some slight variation. So, I decided to go with a purple that was a little variegated. 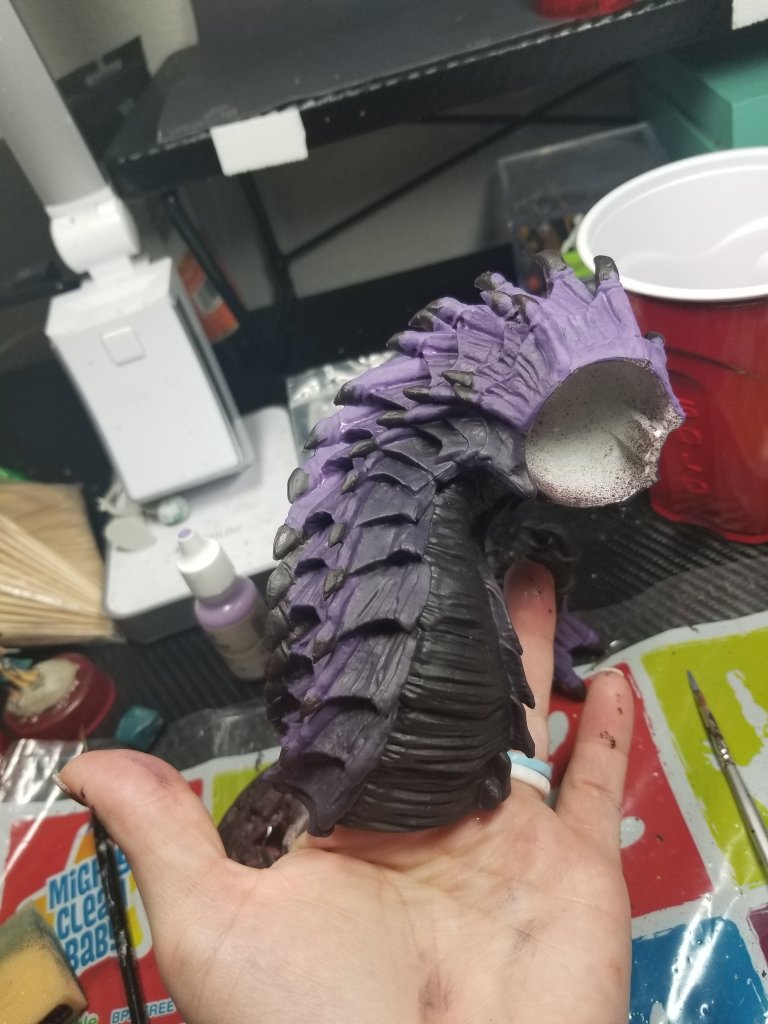 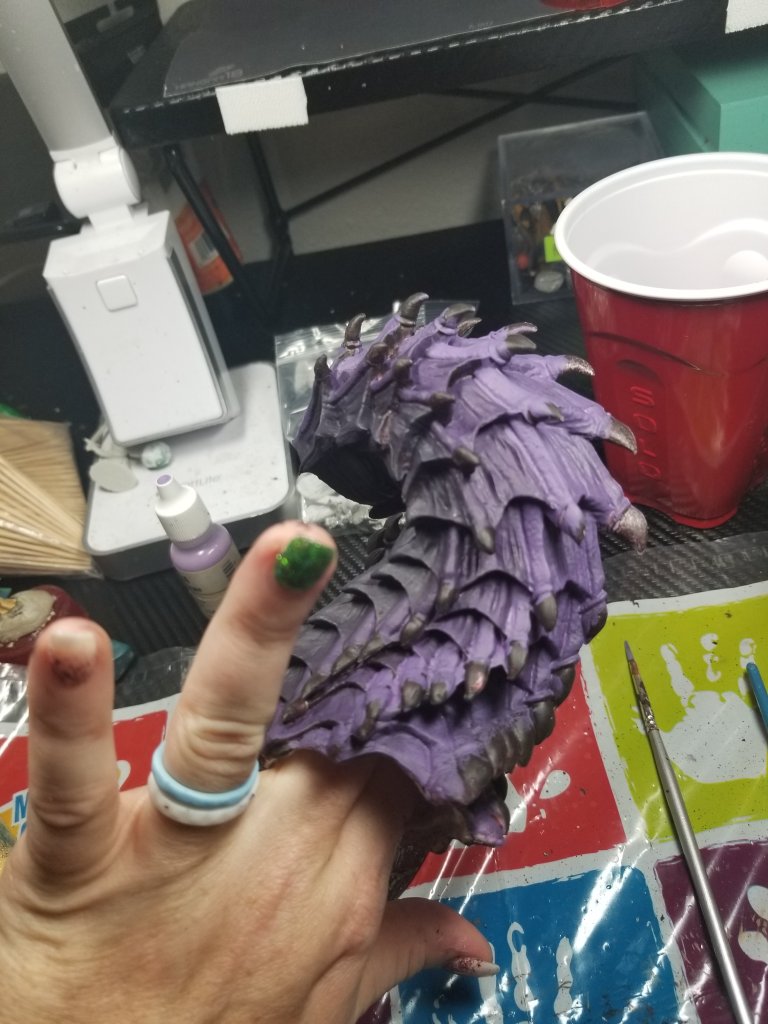 Then I decided how I would be different. One of my favorite transitions to do is purple to teal. It’s just something I fell in love with after one of Michael proctor’s kick ass colors classes. 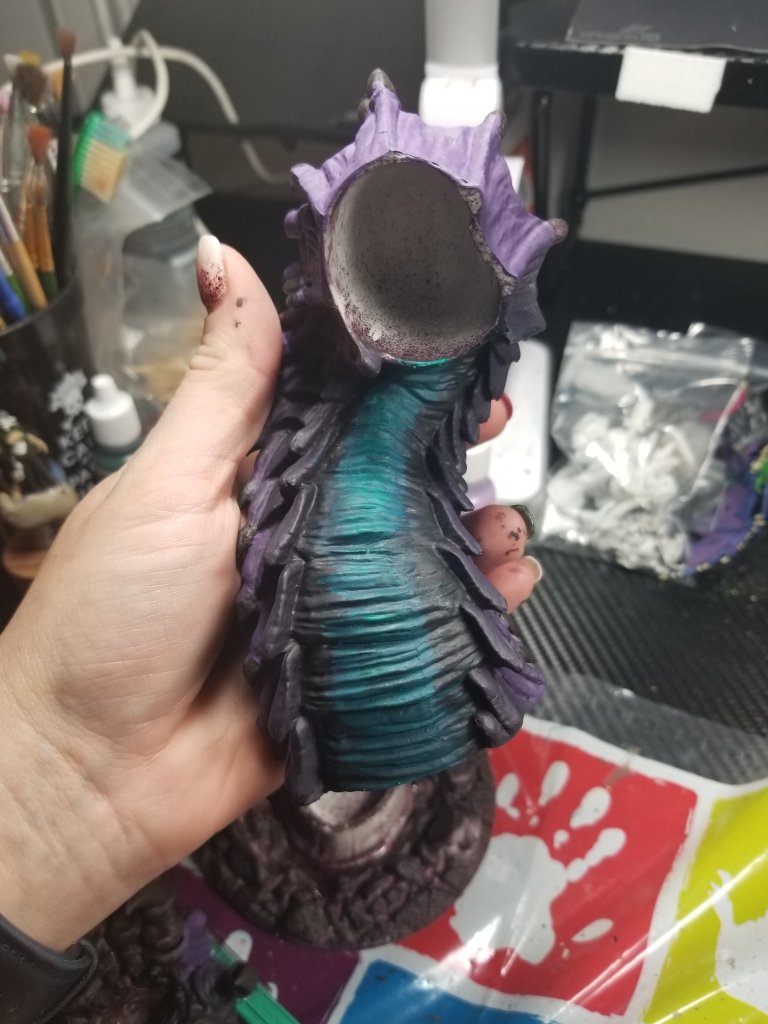 Second layer of glazing with some shading. 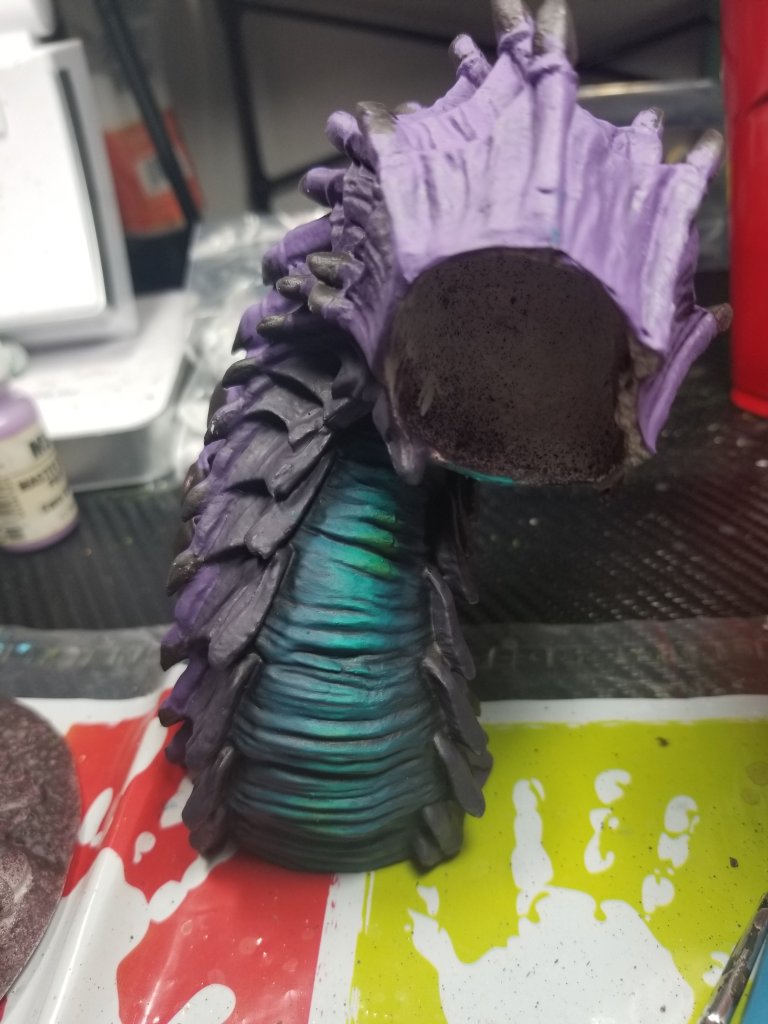 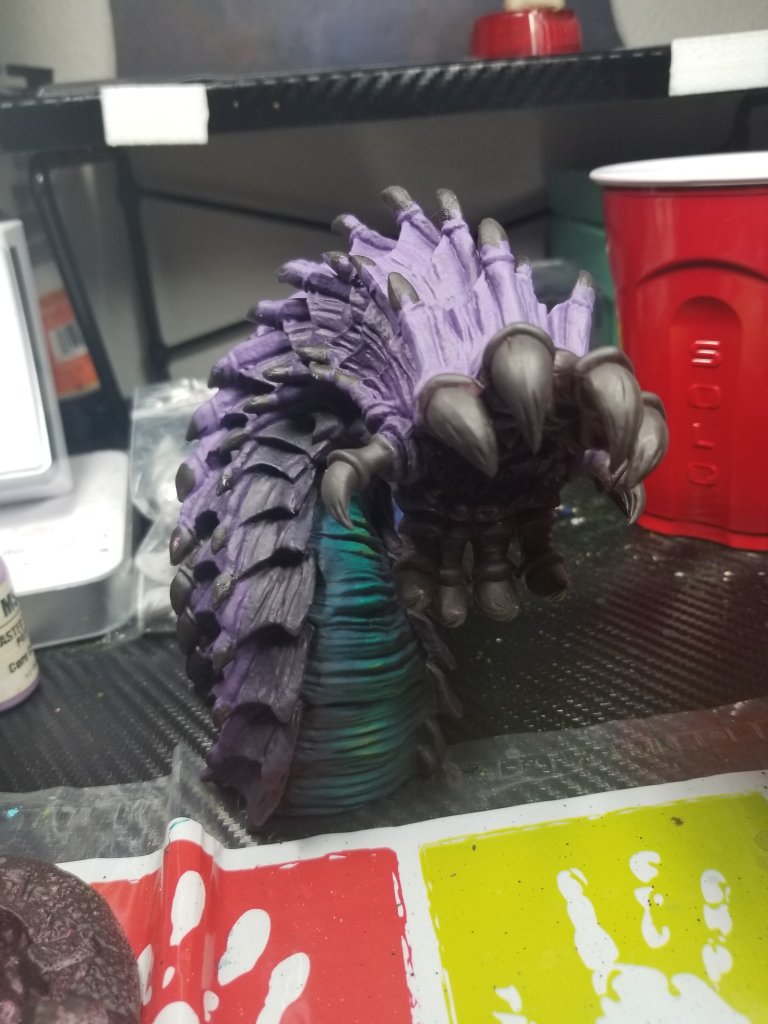 Current situation. I realized I had just been doing my highlights where I wanted, instead of where they would be. Rookie mistake. So I added the head, and I’ll bring it up some more and do some more shading!

I love him! Let me know what you think!