So,  today is painting day!
I have 2 sci-fi minis, 3 dwarves, a diorama, and maybe a chimera to finish for reapercon.
First up, the Dwarf diorama. 2 of the 3 minis I need to finish started acting up,  so they’re bathing in green…

Jerks.
Next up is the rest of the diorama. I started painting on the runes around the male,  he’s summoning Skadi. 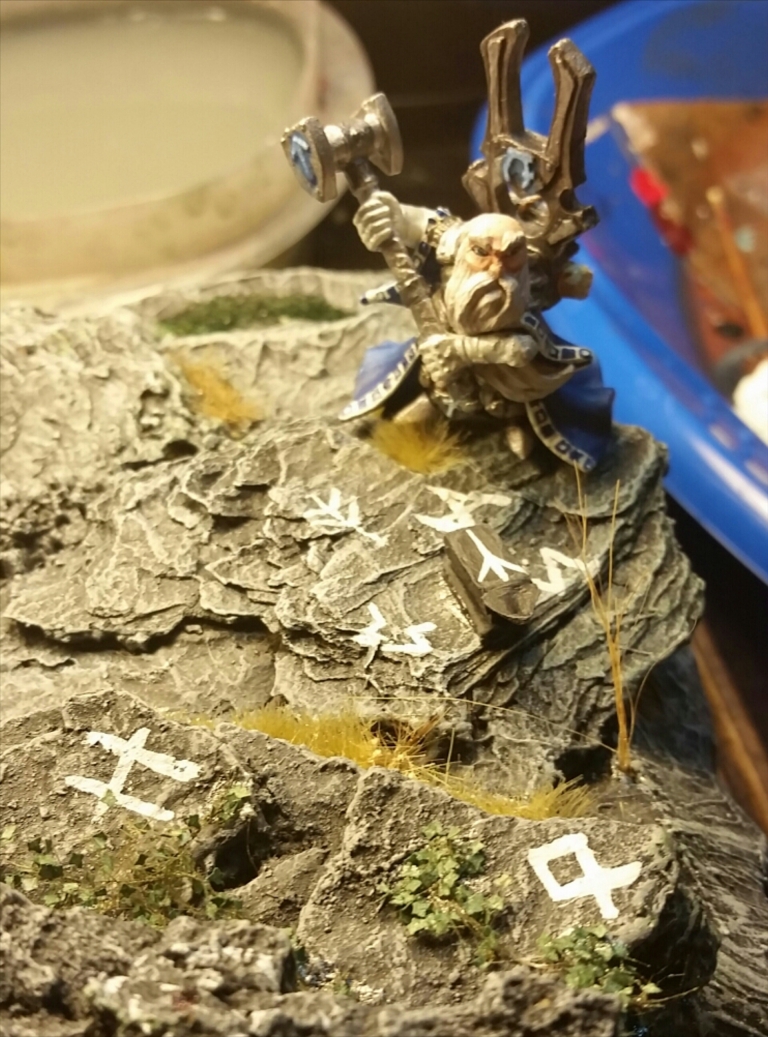 I think he turned out nice. My plan is to make the runes glow,  but have the one on the anvil be the brightest. Since that’s the spell completion component. 😉
Next is my nurse,  her title is “Trauma Nurse”.  I love her. The skintones don’t show up well on these pics,  but I’ll take better pictures once she’s done. 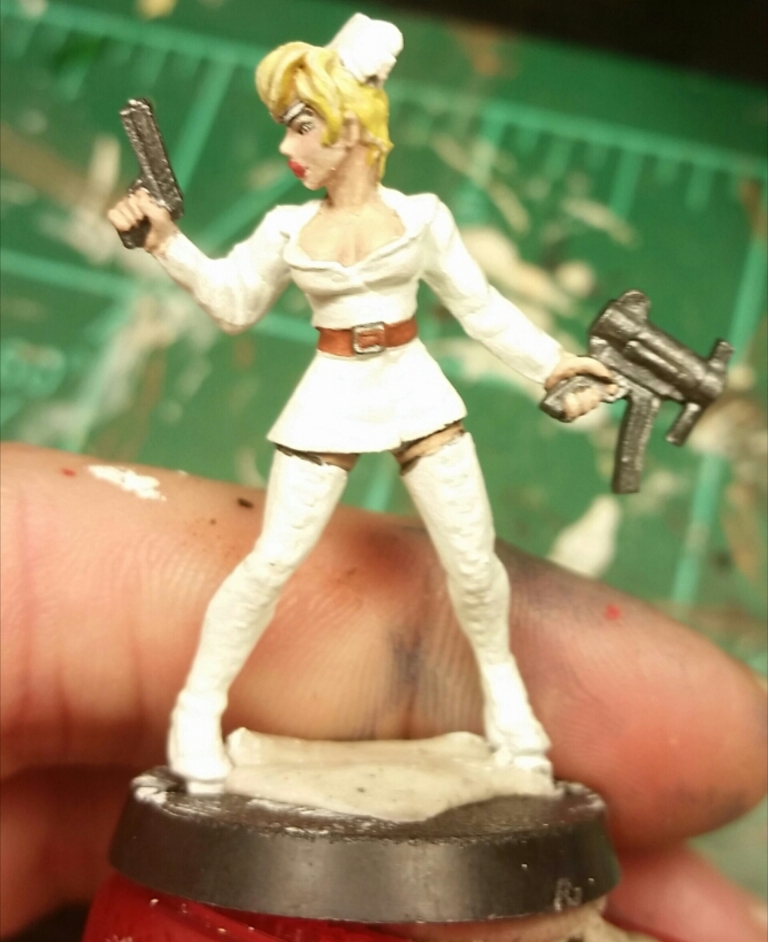 She’s obviously supposed to look like the nurse from Kill Bill. But I liked the fact that she looks a little alien. Her eyes were different sizes,  so the eyepatch was an easy fix, and it made her other eye look reptilian. So then I gave her big gigantic lips (she kind of looks like Leelah from futurama to me now…) to emphasize that. I like the idea of a futuristic nurse in an old school getup.
I am working on  a female airship captain (she might not make the cut, we’ll see…), and the chimera that I’ve been working on for a while.hes been kind of shelved, but I would like to finish him and get him to reapercon. We’ll see…

Part of the reason I take these pictures is to see what needs to be touched up and redone. So,  now I’m going to go and fix all the little problems I see. Hope to have another update later!
Enjoy!!

I would be happy to talk about any commission work, or answer any questions you may have. Feel free to drop me a line!
marinealRose@gmail.com
Knotted Star

Because the new world order demands everyone to blog

MESSAGE WITH A BOTTLE

A website dedicated to parenting, running, writing, and life - written one sticky note at a time

One mans fight against the plastic crack, more commonly known as miniature wargaming!

Urgent undertakings and hordes of hobby